The word mosquito is derived from two Spanish words that mean “little fly.” Though small in stature, these flying pests feed on human and animal blood with the potential to do great harm. More deaths are attributed to mosquitoes than any other animal in the world because of the diseases they spread.

Mosquitoes are descended from flies, becoming the insect we know now over 200 million years ago. Of the known 3,500 species, 175 live in the UAE. Texas is purported to be home to the most species, with 85, while West Virginia is thought to have the least at 26. 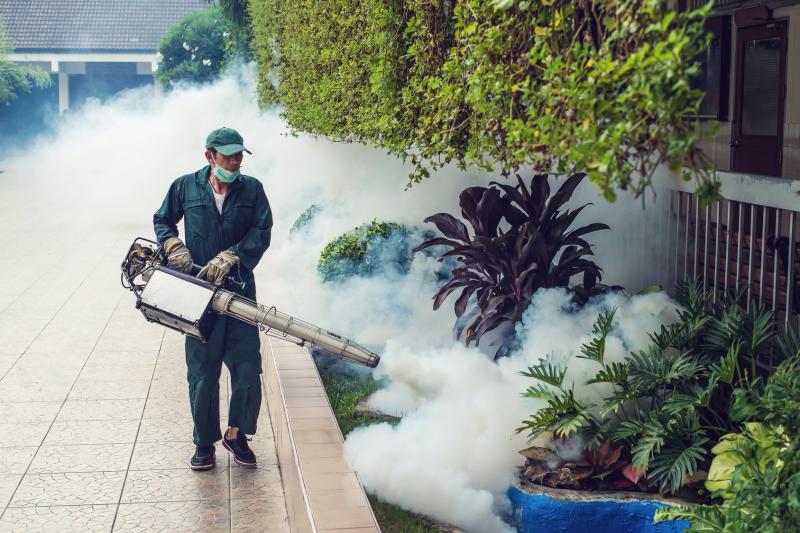 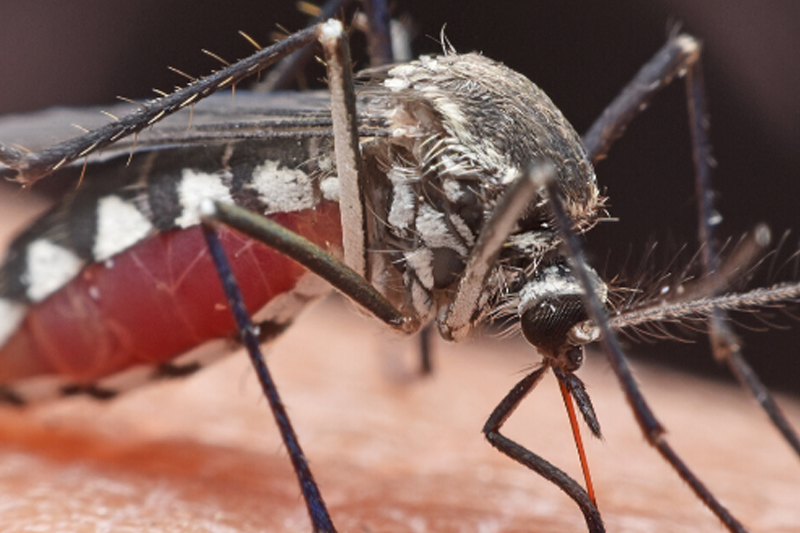 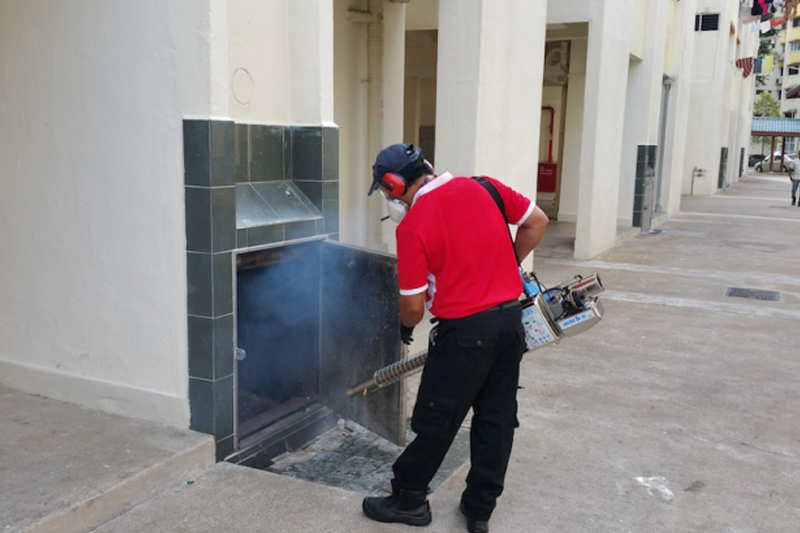 Depending on species, mosquitoes can grow to be an inch in length, though most common varieties in the UAE. are much smaller. Their bodies are made up of a head, thorax, abdomen, two wings, two compound eyes, two simple eyes, and a serrated proboscis. Only the female mosquito bites, using the proboscis to pierce her victim’s skin and inject saliva containing an anticoagulant enzyme that aids in the bloodsucking process.

Female mosquitoes attract males by beating their wings at the rate of up to 500 times per second. The female will seek out a protein-providing blood meal and, once fed, rest for a couple of days before laying hundreds of eggs in stagnant water. After one to four days, eggs develop into larva, which are small worms called wigglers. Wigglers remain in water for the first 10-14 days, feeding on organic matter, before turning into a partially-cocooned pupa. After this stage, which lasts for a few days, the pupa turns into adult mosquitoes. On average, the male mosquito lives 10 days while the female can survive up to two months. During their lifetime, females lay eggs approximately every three days. 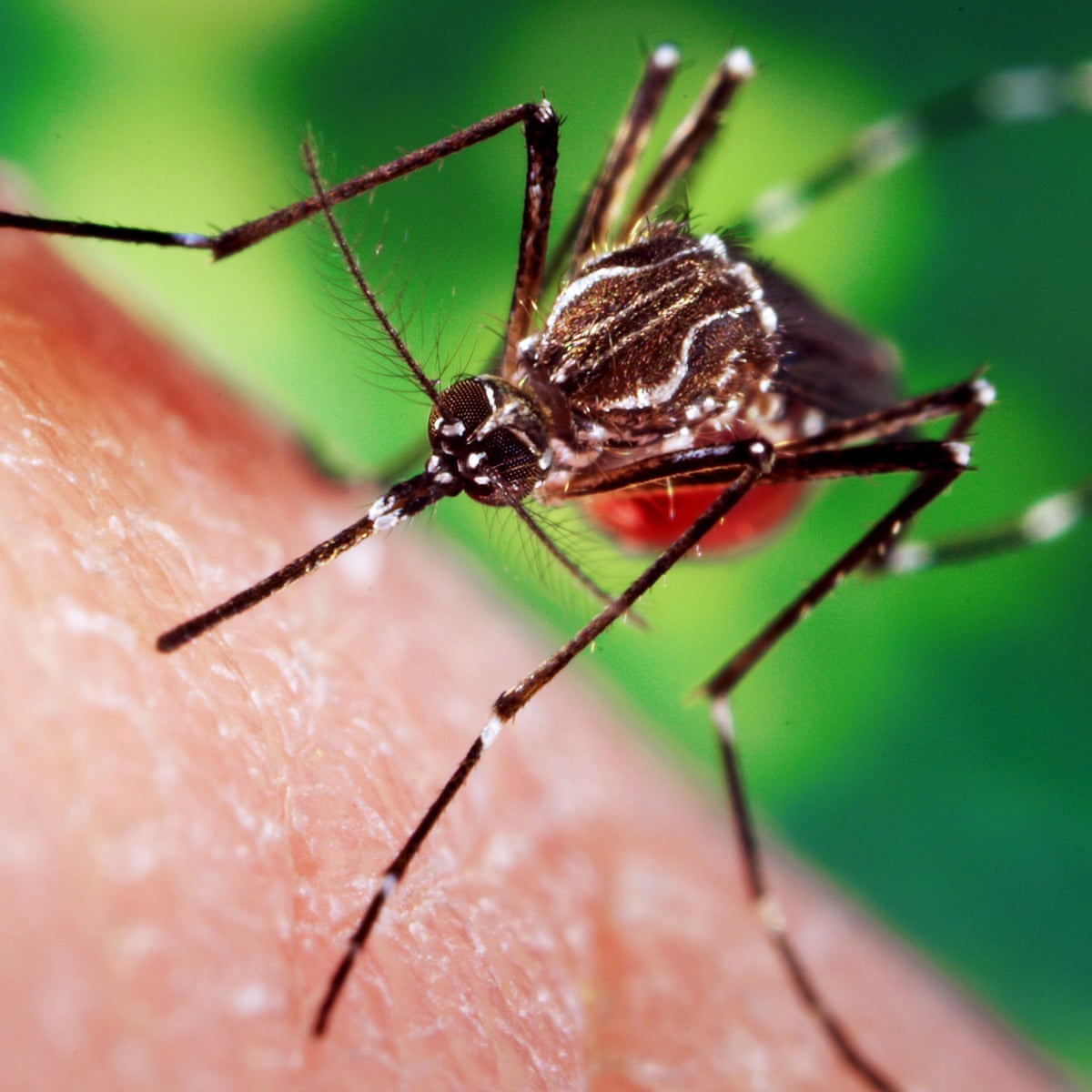 What are the unique characteristics of mosquitoes?

Both male and female mosquitoes feed on nectar from flowers, but the female requires blood to reproduce. Mosquitoes feed both day and night and are capable of drinking up to three times their body weight in blood. While some species exclusively seek out human hosts, others specifically target birds, reptiles, or other types of animals.

Mosquitoes are actually slow-moving insects, flying at a maximum speed of a mile-and-a-half per hour. They tend to stay within a three-mile area and fly no more than 25 feet above the ground.


What are the habits of mosquitoes?

Mosquitoes prefer dark colors and are attracted to their victims by smell, heat, and motion. They migrate to carbon dioxide exhaled during breathing. Pregnant women, larger people, and those who are exercising tend to give off more carbon dioxide and are, therefore, more likely to be bitten. Body heat attracts mosquitoes; they use heat sensors to seek out an exposed part of their victim’s body where blood is close to the surface. Sweat and body odor — or more specifically the bacteria they contain — draw mosquitoes, especially those that carry malaria. Some humans also give off secretions that are enticing to mosquitoes.

What are the risks of mosquitoes?

When a mosquito bites, the saliva passed creates an allergic reaction that can result in red, itchy bumps or welts. These areas can become inflamed and, if scratched to excess, cause secondary skin infections.

Mosquitoes spread deadly diseases that include malaria, dengue fever, West Nile virus, yellow fever, encephalitis, elephantiasis, and Zika virus. While these are more common in other countries, causing millions of death each year, cases also occur in the UAE. Mosquito attacks can be especially harmful to children, the elderly, and those with compromised immune systems, and can also cause birth defects in unborn children. Mosquitoes also pass parasites and disease to animals, including heartworm which can be fatal to dogs.

The slender, elongated body of the adult is cover. With scales as are the veins of the wings. Mosquitoes are looking long. Fragile-looking legs and elongated. Piercing mouth parts. The feathery antennae of the male are general bushier. Than those of the female. The male, and some times the females, feed on nectar and other plant juices. In most species. The females require the proteins obtained. From a blood meal in order to mature their eggs. Different species of mosquitoes show preferences. And in many cases. Narrow restrictions as to host animals.

Calledn a surface of water. And hatch into aquatic larvae, or wrigglers. Which swim with a jerking, wriggling movement. In most species, larvae feed on algae and organic debris. Although a few are predatory and may even feed on other mosquitoes. Unlike most insects, mosquitoes in the pupal stage. Called tumblers, are active and free-swimming. The pupae breathe by means of tubes on the thorax. The adults mate after emerging from their pupal cases. Duration of the life cycle varies great depending on the species. Mosquitoes are attracted to host animals. By moisture, lactic acid, carbon dioxide, body heat, and movement. The mosquito’s hum results from the high frequency of its wing beats. And the female’s wing beat frequency may serve a means of sex recognition.

There are three important mosquito genera. Anopheles, the only known carrier of malaria. Transmits filariasis and encephalitis. Anopheles mosquitoes are easy recognized in their resting position. In which the proboscis, head, and body are hold on a straight line to each other. But at an angle to the surface. The spotted color on the wings results from color scales. Egg laying usual occurs in water containing heavy vegetation. The female deposits her eggs single on the water surface. Anopheles larvae lie parallel to the water surface. And breathe through posterior spiracular plates on the abdomen of through a tube. As do most mosquito larvae. The life cycle is from 18 days to several weeks.

The genus Culex is a carrier of viral encephalitis. And, in tropical and subtropical climates, of filariasis. It holds its body parallel to the resting surface. And its proboscis bent downward relative to the surface. The wings, with scales on the veins and the margin, are uniform. The tip of the female’s abdomen is blunt. And has retracted cerci (sensory appendages). Egg laying may occur on anybody of fresh water. Including standing polluted water. The eggs, which float on the water, are join in masses of 100 or more.​

The long and slender Culex larvae have breathing tubes that contain hair tufts. They hang head downward at an angle of 45° from the water surface. The life cycle, usual 10 to 14 days, may be longer in cold weather. The northern house mosquito is the most abundant species in northern regions. While the southern house mosquito is abundant in southern regions. Name, the tropics and subtropics.

The genus Aedes carries the pathogens. That cause yellow fever, dengue, Zika fever, and encephalitis. Like Culex, it holds its body parallel to the surface. With the proboscis bent down. The wings are uniform color. Aedes may be distinguished from Culex by its silver thorax. With white markings and posterior spiracular bristles. The tip of the female’s abdomen is pointed and has protruding cerci. Aedes usual lays eggs in floodwater, rain pools, or salt marshes. The eggs are capable of withstanding long periods of dryness. The short, stout larvae have a breathing tube containing a pair of tufts. And the larvae hang head down at a 45° angle from the water surface.​

The life cycle may be as short as 10 days. Or in cool weather, as long as several months. The important carrier of the virus responsible for yellow fever. Has white bands on its legs and spots on its abdomen and thorax. This domestic species breeds in any kind of container. From flower pots to discarded car-tire casings. The eastern salt marsh mosquito. The black salt marsh mosquito. And the summer salt marsh mosquito are important. Mosquitoes in coastal marsh areas. That experience daily or occasional flooding with brackish or salt water. They are prolific breeders. Strong fliers, and irritants to animals, including humans.​ 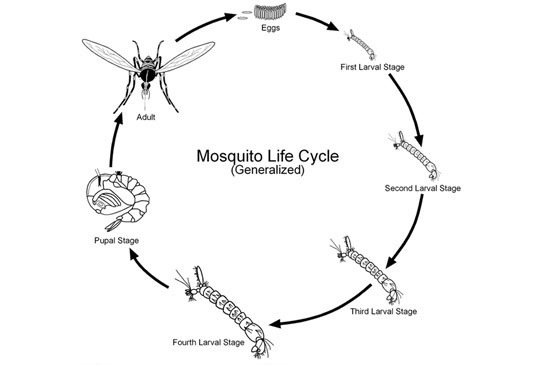 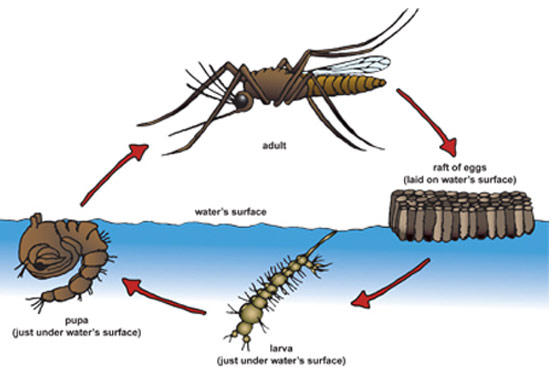 Signs of the Mosquito 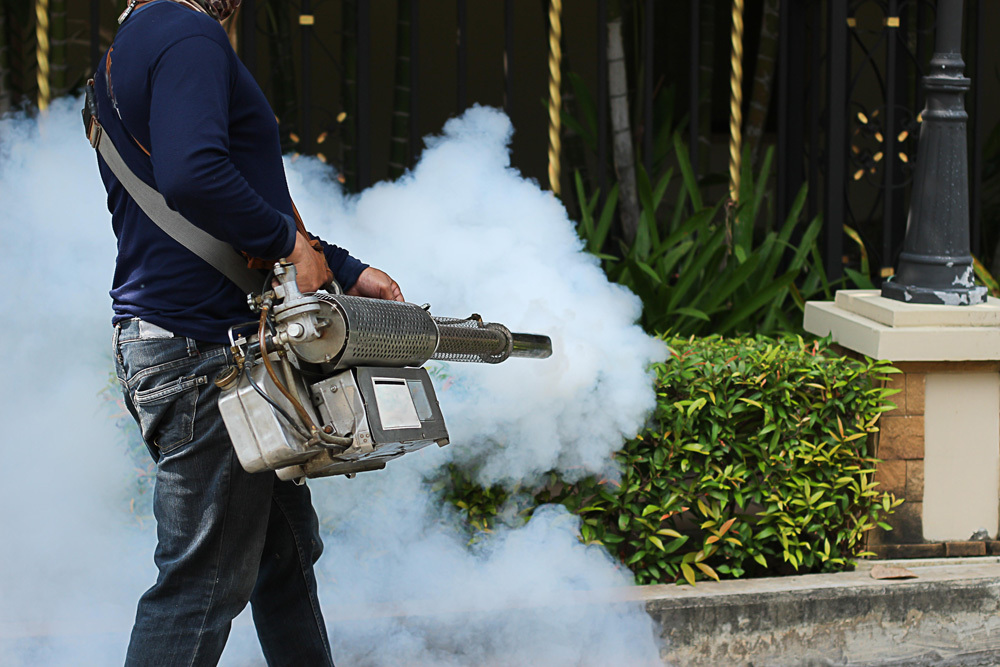 Ready to Fight Mosquito with MPC?

Mosquito Control Services by MPC : Mosquito can be a potentially threaten of your home and business even your health. Contract MPC as Professional Mosquitoes Exterminator . MPC Pest Control Cover all over Dubai and Sharjah .

Mosquito are one type of blood sucking pests which only carry so many diseases and irritating bite any time day or night . if your flow our way to control this irritating pest you can control easily